Microsoft continues to disappoint.  Just about any other type of computer, whether it’s iPad, Android, Chrome, or Linux, will be better.  I’ve worked with Microsoft products since 1983, and for the past several years it’s been like watching “Idiocracy” or “Jekyll and Hyde” while listening to Devo sing about “de-evolution”.

At least half of my customer calls are for Windows malware and virus removal.  Another 25% is for the poor folks who find out how bad Windows 8 and 10 really are, and are trying to go back to Win 7 or convert to Apple or Google.  The new internet browser in Windows 10 is called “Edge”.  It’s supposed to be a totally new browser that fixes all the security and other flaws in the old Internet Explorer.  However, I recently came across a Win 10 computer that was badly infected with malware.  I had just about everything cleaned up, but still had to fix Edge, which was stuck in a loop going to an infected malware website home page.  The only way I could fix Edge was by resetting Internet Explorer, which proves to me that Edge is just a farcical re-work of Internet Explorer.  And the same can be said for the rest of Windows 10, where Windows 7 settings and other functions still (fortunately) lurk under the dumbed-down Windows 10 interfaces. 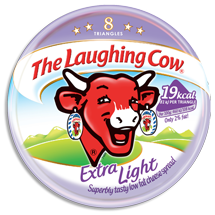 Microsoft is badgering its customers to “upgrade” to Win 10 not because Windows 10 is more secure, reliable, feature-rich, private, or user friendly.  No, Microsoft is pushing Win 10 because they want to tap the same markets as Apple, Facebook, Amazon, and Google.  Windows 10 is all about milking you, dear consumer, like an internet cow.  A perfect example of this is the new versions of Microsoft Office, 2013, 365, and 2016.  No longer can you buy a physical package and disk for $150 and be set for the next 10 years.  No, all the new versions are “on-line” subscriptions costing $10 or more per month.  If you do the math, you’ll find this is costing you up to 10 times more than the old disk-based copies.  But there’s hope.  For now, you can stop Windows 10 upgrades and nagging by downloading and running “Never 10” at Gibson Research,

Then you can start looking at other types of computers and Office-type software.  I’ll be covering these topics soon in my next few posts.